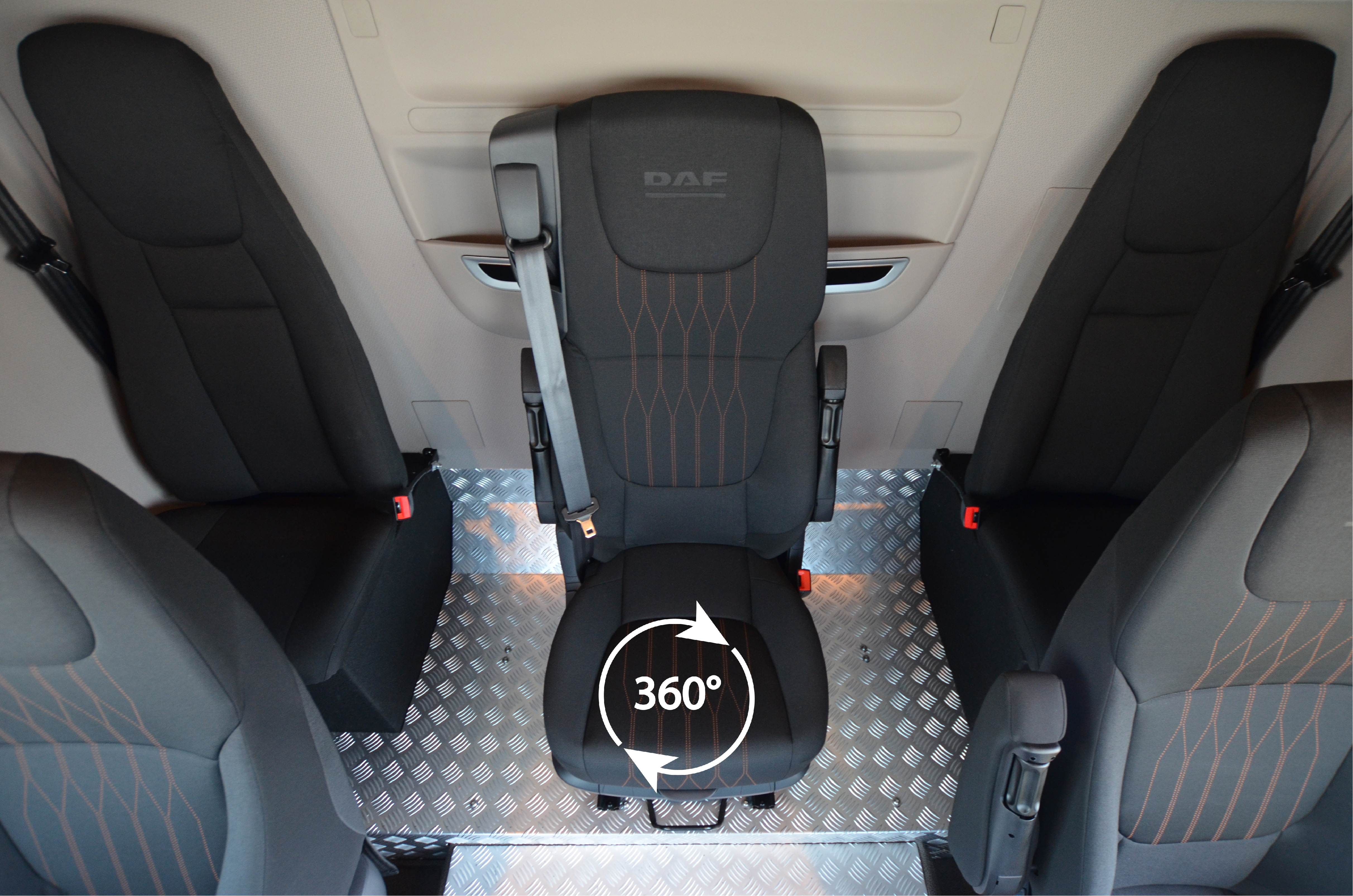 The passenger capacity in the cabin can aslo be increased by adding extra seats. For this modification the cabin floor is reinforced. On the reinforced cabin floor a new seat frame is installed. On this frame can original brand seats, ISRI seats or ESTEPE seats be mounted.

Besides adding extra seatbelts or seats, there are a lot of other modifications of the interior of the cabin possible. It is possible to mount a second or third bed in the cabin, which results in extra sleeping facilities.

For driving schools it is possible to install dual control or install a Driving Instruction Display.

Curious about the possibilities of interior modification for your truck? Feel free to contact us via sales@estepe.nl or +31 (0)412 45 45 00.